By Justin Scheck and Heather Haddon

Denver chef Justin Brunson got caught in the middle of the financial squeeze facing restaurants as they try to reopen. He needed cash to start serving again at his four establishments, and he is owed money by some of the 150 restaurants that are customers of his high-end butcher business. 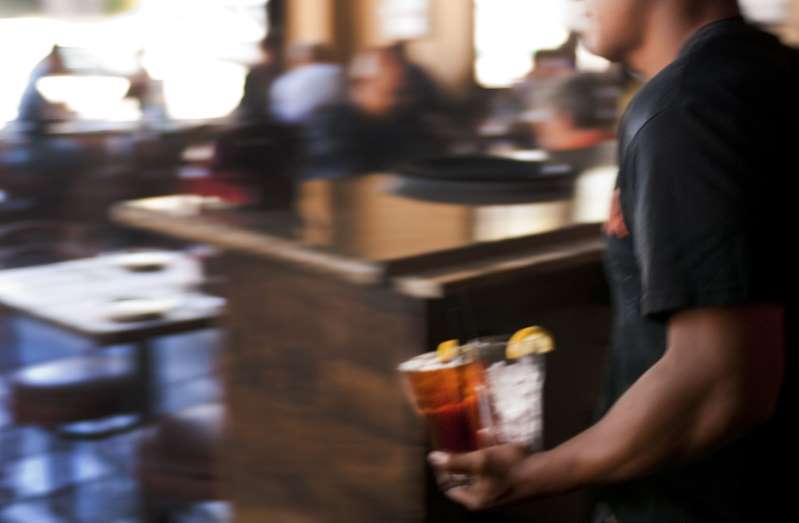 At his flagship restaurant, meat-heavy Old Major, the cost of food, staff, cleaning and training for new sanitary protocols was already daunting. When Mr. Brunson sat down a few weeks ago to calculate the cost of reopening, he had a harsh realization: “There’s no money in the bank, and I probably need 80 grand to start up again,” Mr. Brunson said.

Compounding the cash crunch, many of the customers of his butcher business, River Bear American Meats, still haven’t paid for things such as the capicola, kielbasa and short-rib bresaola they ordered just before the shutdown. “I’m just upset, worried and scared,” he said.

Restaurants, with their high failure rate even in good times, have trouble getting financing from banks, and the situation is worse now. “You do have very limited options,” said Kathryn Petralia, president of Kabbage, a small-business lender. Kabbage lends to restaurants, and the average interest rate on its loans is greater than 25%. Since restaurants have had little revenue recently, Kabbage shut down all its credit lines for new and old customers, and instead helped them apply for federal loans.

Restaurants are slowly resuming dine-in service after nearly every state required they suspend it in March because of the coronavirus. Limited dine-in service has resumed statewide in 38 states, according to investor research firm Gordon Haskett, though sales at sit-down restaurants remain down by double-digits from last year.

In many ways, the reopening has turned out to be harder than the closing because it is nearly impossible to predict revenues amid social distancing, while fixed costs remain the same.

The biggest problem is cash. Many restaurants get their food on credit and pay 30 days later with the revenue they have earned from selling it. Many never sold the food they bought before the shutdown and haven’t paid for it. Some suppliers won’t deliver new food on credit unless some of the old bills are paid.

Restrictions on how federal assistance money can be spent have been eased, but the fixes may have come too late for struggling small businesses.

Dwight Lawson and his wife, Susan Lawson, have owned Jabo’s Bar-Be-Q in Greenwood Village, a Denver suburb, for nearly 30 years but weren’t able to get federal assistance. They turned to takeout, and business fell by about 90%. “It’s been an absolute dogfight,” said Mr. Lawson, who is 75. “We’ve been running on fumes.”

When local laws allowed them to reopen at 50% capacity in late May, the couple tallied the costs, including about $2,000 for 300 pounds of brisket, more than twice the old price. Fearing they wouldn’t be able to pay back a loan, they pulled almost $20,000 out of their retirement savings.

In Colorado, restaurants were given less than a day’s notice before the shutdown. Many chefs gave away food, laid off staff and started trying to figure out ways to do takeout. There was a sense of communal struggle, said Denver-based chef Max Mackissock, who owns five restaurants including the bistro Morin.

“Everybody was pitching in and helping out,” he said. His cheese supplier gave him some free cheese. But “after about three weeks, the tune changed and everybody was like, ‘I gotta cover my ass,’” Mr. Mackissock said. It will cost about $10,000 to reopen each of his four restaurants that have remained partially open doing takeout and $50,000 or so to reopen the one that closed completely, he said.

As the shutdown set in, food suppliers became more worried about getting paid by restaurants that could be on the verge of closing down, said Mike DeNiro, vice president of LaSource Group in North East, Pa., which does debt collection for restaurant suppliers.

In the first month or so of the shutdown, Mr. DeNiro said, business slowed down. Clients such as Supreme Lobster, a Chicago seafood wholesaler, were more focused on managing the crisis than on collecting old debts. Demand from restaurants was plummeting, but retailer demand was soaring.

Once the scramble to meet demand was over, she said, the company turned toward its restaurant clients. Many, she said, agreed to pay a few hundred dollars a month on their outstanding bills, but that still meant paying upfront for food delivered for the reopening.

Some, Ms. Sylenko said, “want to create new debt without paying off the old debt” and refused to negotiate a payment plan. That won’t work, she said.

That is when she calls in Mr. DeNiro. He approaches restaurants with a simple message: Figure out a way to pay your old bills, or you won’t get any more food when you reopen. “The last thing you want when you open are problems with your supply chain,” Mr. DeNiro said.

Those that can’t make good seem likely to go under. He worries that could happen to a lot of restaurants: May was his busiest month ever, he said, which means lots of clients aren’t paying up.

An estimated 3% of U.S. restaurants have closed for good since the start of the crisis, according to the National Restaurant Association. The trade group expects tens of thousands of restaurants will shut as a result of the pandemic.

Restaurant chains typically have more access to cash than independent restaurants, but it can be costly. Anthony Pigliacampo started a small chain called Modern Market in Denver that took on private-equity funding and expanded to dozens of locations. He said founders of private-equity-backed chains might have to give up some of their equity if they need to tap their investors for more money ahead of reopening.

There is still cash available, but it is a fraction of what it was before. ARF Financial LLC, a finance company that lends to restaurants, has cut back the size of its loans from an average of $100,000 to between $15,000 and $20,000, and borrowers will have to “show they’re making progress ramping up to average sales” to get further credit, said President Les Haskew.

Mr. Brunson, who had been the owner of Old Major, said additional cash wouldn’t solve his bigger problem: Restrictions on the number of customers and a depressed economy mean he might end up operating at a loss. He could have switched to a cheaper menu or focused on takeout. Instead, this month he sold Old Major and will use the money to support his other ventures.